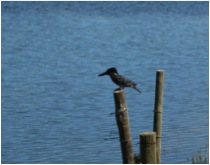 The Paardeberg Conservancy was one of the first established in the Western Cape to protect and identify indigenous fauna and flora. It is a member of Conservation at Work, the umbrella body for conservancies in the Western Cape. The PC participated in a botanical survey of Paardeberg species in 2011, in an ornithological survey in 2012 and in an entomological survey in 2013. PC has proposed to start a faunal survey in 2014/2015. The PC’s mandate is also to facilitate the migration of species along biodiversity corridors. The PC, by virtue of its housing within the PSI, is an active WESSA Friends Group.